Google Announces a June Broad Core Algorithm Update. What Should You Do?

Google recently announced a new broad algorithm update for June. While this might seem like a big deal (and it is), it’s not as earth shaking as it might seem. Google makes frequent updates to its algorithm, sometimes daily. Broad core updates happen less frequently… usually every few months.

So what does this one do?

Well, like updates in the past, Google doesn’t tell us. 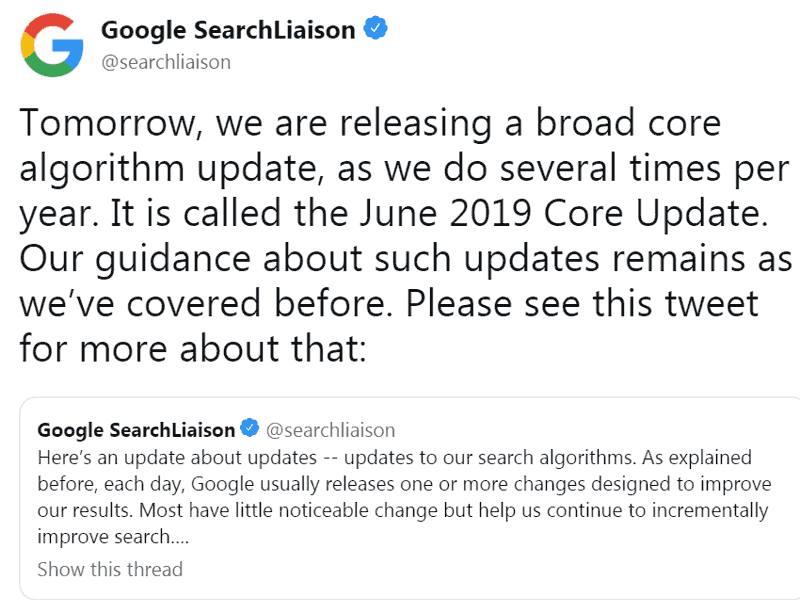 What should you do to prepare?

Google’s advice is to do nothing. While many of us in the industry find that guidance frustrating, its still sound advice. Google’s goal is to make its search engine results more relevant to its users, and they are constantly tweaking their algorithm towards this goal. What Google really doesn’t want is people running around trying to fix stuff that isn’t broken.

Here’s what we know:

The industry as a whole loves to pour over these updates and the data gathered after they are released. What changed? Who’s winning? Who’s losing? How can you use that info to your advantage?

At Emu, our philosophy is the same as its always been. We design websites for people first and search engines second, and here’s why:

Google’s ultimate goal is to deliver perfectly relevant results to its end users, meaning that the algorithm is focused on user intent. This ultimately makes any attempt to game the system or to find a loophole to allow you to game the system fruitless at best, and self defeating at worst.

As Google continues to improve its algorithm, your site will either be relevant or it won’t. It’s best to play the long game and design your site and content to be as relevant to your target marketing as possible.

This is why our favorite motto is “Esse Quam Videri”. It means “To be, rather than to seem.”