Google’s Broad Core Update, and What We Know About it So Far.

If you’ve been reading our blog, you know that Google released a broad core algorithm update on August 1st. When Google does this, they rarely tell you what the update actually did specifically. However, over the past three weeks, the SEO community has pooled some resources and seen some patterns emerge that gives us a better idea what this update actually did.

The SEO community coined this the “Medic update” because Barry Schwartz, one of the SEO communities frequent contributors, called it that. He chose to do that because this update appears to impact mostly medical websites and “YMYL” sites (Your money, your life). However, this doesn’t mean that this update only impacts those sites.

So if it doesn’t just impact those sites, what else changed? Well, as we mentioned in the last blog post, its really difficult to tell. There are many tools we can use to track rankings and keywords for tons of websites across the web, and even that data just gives us a drop in the bucket of whats actually going on. That said, it appears that some commercial sites are now ranking a bit better, and some brand searches are returning different results.

Google’s Team Has Some New Guidelines Too 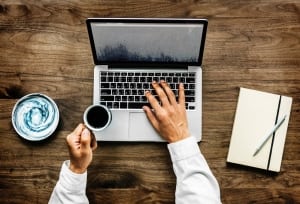 Google employs many “search quality raters” who literally have the job of manually going through many sites on the web and rating/scoring them according to the guidelines Google gives them. This manual was updated recently according to SEMPost, and made changes to a section titled “beneficial purpose.”

“Google has also added the concept of “beneficial purpose” to the Quality Rater Guidelines, where raters are not just asked to rate the quality of the content, but also consider whether the page has a beneficial purpose or use to being on the site. What would a visitor to the site gain?”

It also included a “creator reputation” section, which is really interesting to the team here at Emu. According to SEMPost:

“One of the big changes is that not only are raters looking at the reputation of just the website, raters are tasked with investigating the reputation of the content creator – such as the author of the article or landing page being rated. This will put a greater emphasis on sites needing to have author information and author bios on their articles, especially for those sites that do not use bylines on their content when it isn’t clear on the site itself who authors the articles.”

So does this mean that agencies that have long tried to “trick” Google’s algorithm by employing shady tactics might start to be “tagged” and have their sites… or their clients sites… punished? No one knows for sure, but one thing that does seem apparent is that this update was a big step by Google to try and match intent and results. This is good news for all of us producing quality content and following Google’s guidelines. For agencies trying to game the system? Maybe not so much.